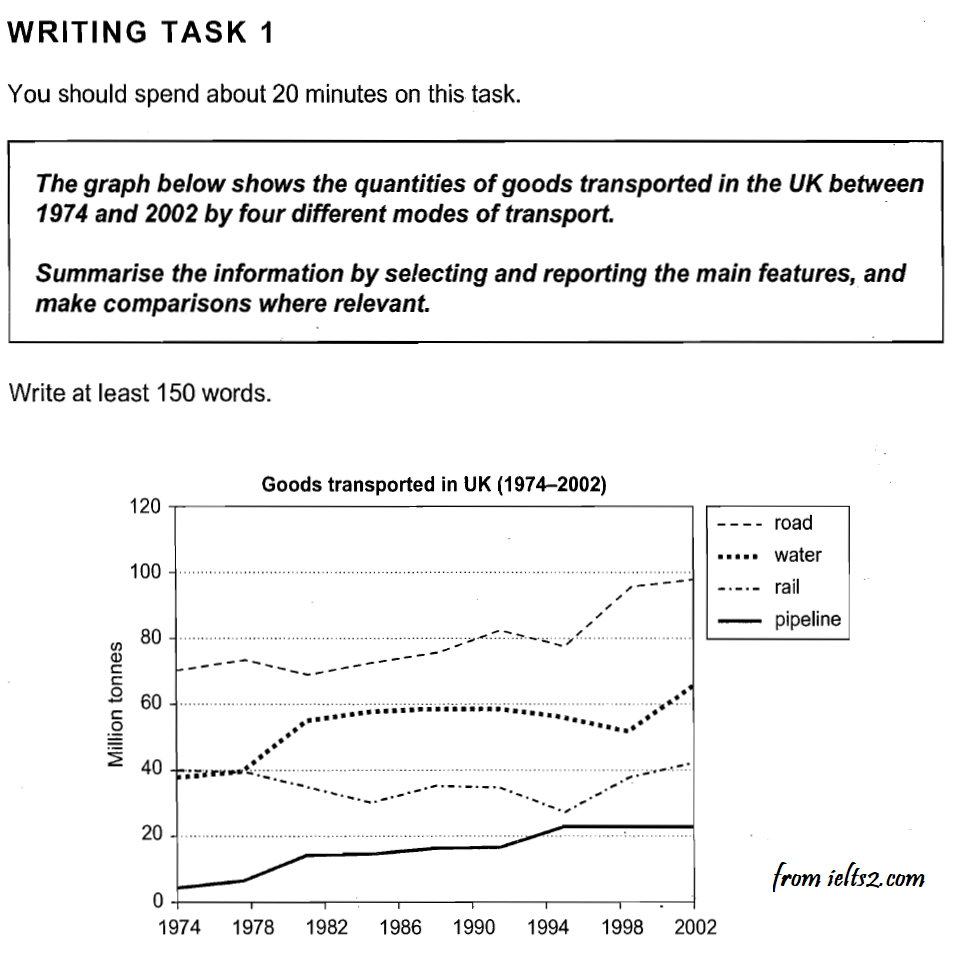 The graph reveals how much goods are transported in the UK via different modes from 1974 to 2002.

Overall, there is a considerable rise in all four ways of transportation except for railway, which remained constant.

The graph illustrates the amount of goods transported by different ways of transport in the UK from 1974 to 2002. (20)

Overall, it is noticeable that the quantities of goods transported by all modes of transport increased except for rails, that remained constant. (22)

During the period, the biggest amount of goods was transported by roads, with almost 70 Million Tons(MT) in 1974. Despite some fluctuation, it increased gradually to reach approximately 80MT in 1995 and then it rose sharply during four following years, before peaking at just under 100MT in 2002, which was the largest amount among all categories. (56)

In 1974, the goods transported by water and rail were about 40MT and their amount almost remained constant for four following years. Then the figure for water, despite a slight downward trend during 1990 to 1994, increased to peak at 65MT in the final year, while figure for railway started to decrease with some fluctuation and reached 25MT in 1995, before rising to the same level of 1974 in the last year. (72)

Furthermore, amount of goods transported by pipeline was the least among four categories, with 4MT in 1974. Then it rose slightly to reach just over 20MT in the last year. (30)
Total words=200 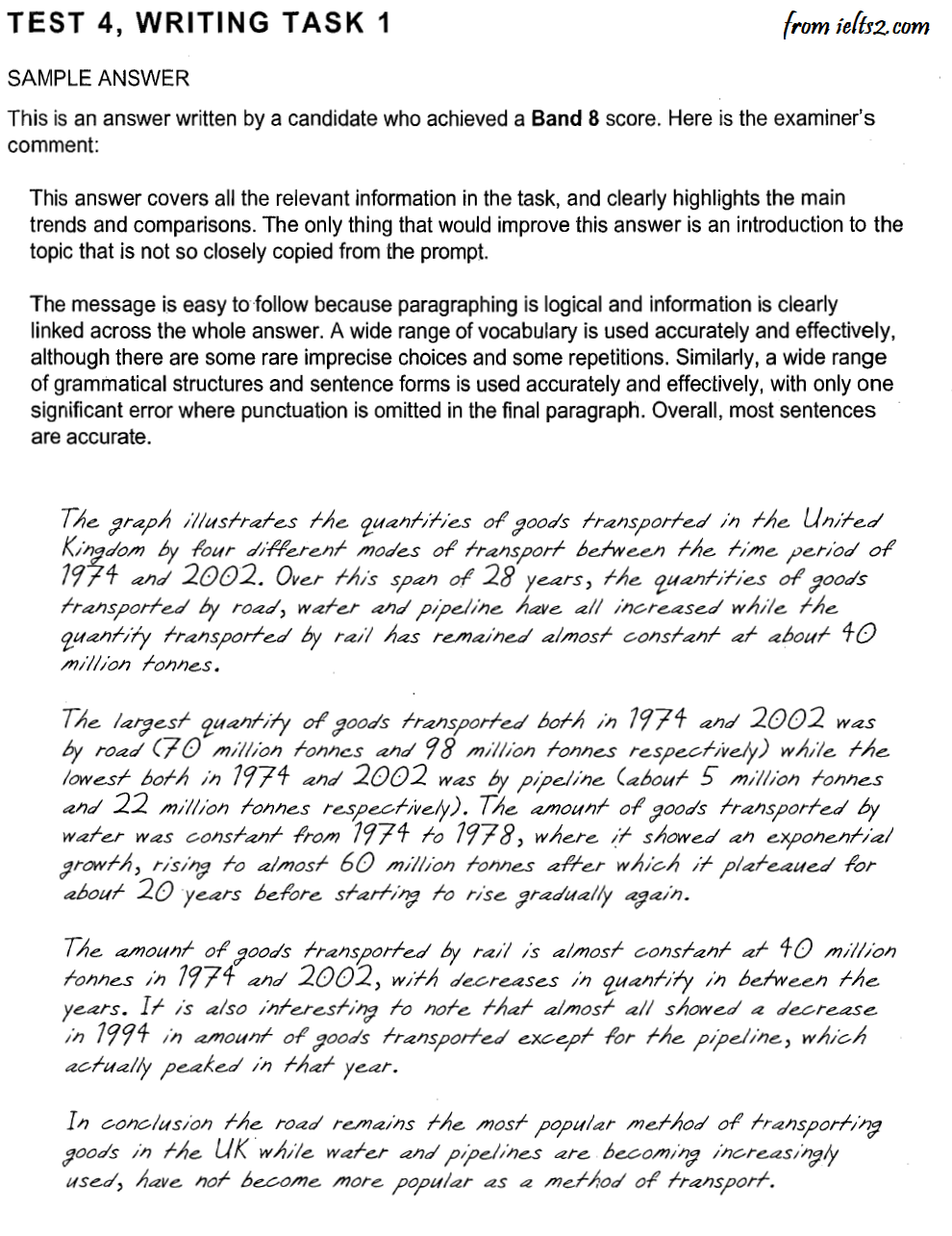