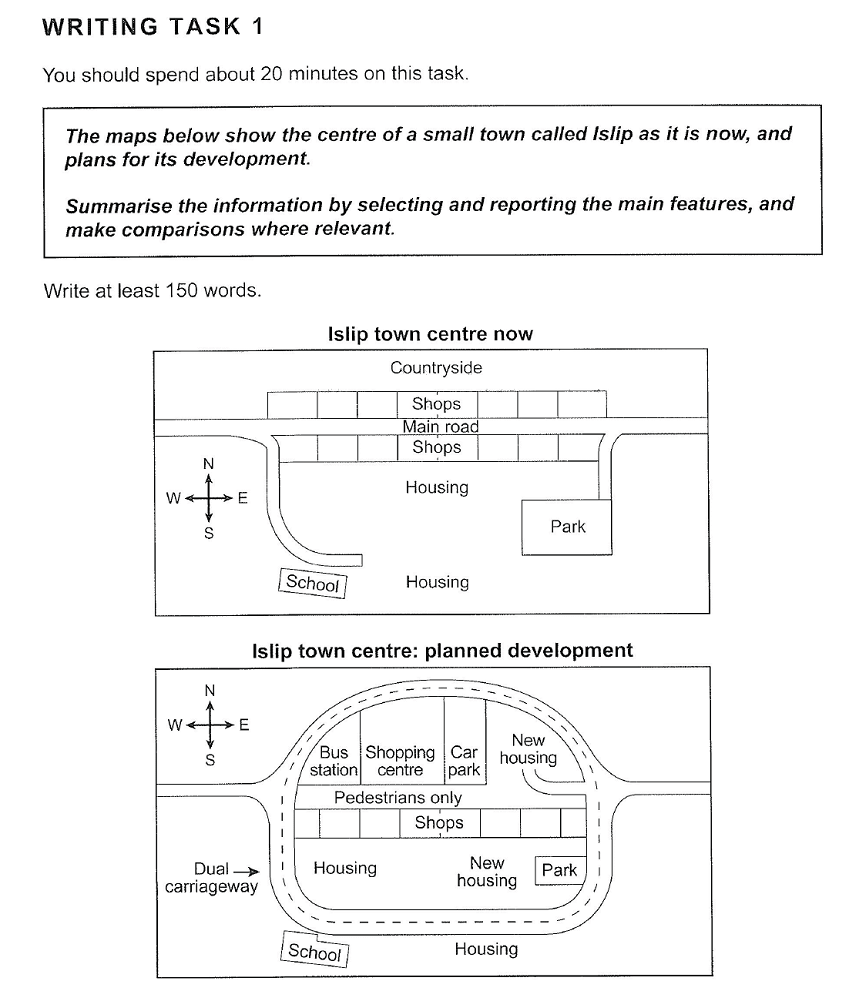 There are two maps of a town center named Islip which belong to the present time and changes that are planned for its development. (24)

The most noticeable of all in the map of developed town center is the construction of a “dual carriageway” which circles it and makes some previously inaccessible parts such as a school in southwest and a park in the southeast approachable. It also provides access to both the old and newly developed residential areas in the southern part of Islip center. (61)

It appears in the northern part the changes are both more numerous and varied. Most of the shops all across the northern part disappeared and replaced by facilities such as a bus station and a shopping center in the western part and a car park In the east that all overlook the abovementioned “dual carriageway”. In the northern east part, however, a new housing will be constructed.  In the middle of the Islip center, the shops will survive the development but main road will become a pedestrian only path for people who want to spend time in these shops.(99)

Overall, it seems the development will dramatically alter Islip center and there will be both more residential capacity and wider range of facilities available in this town.(27) 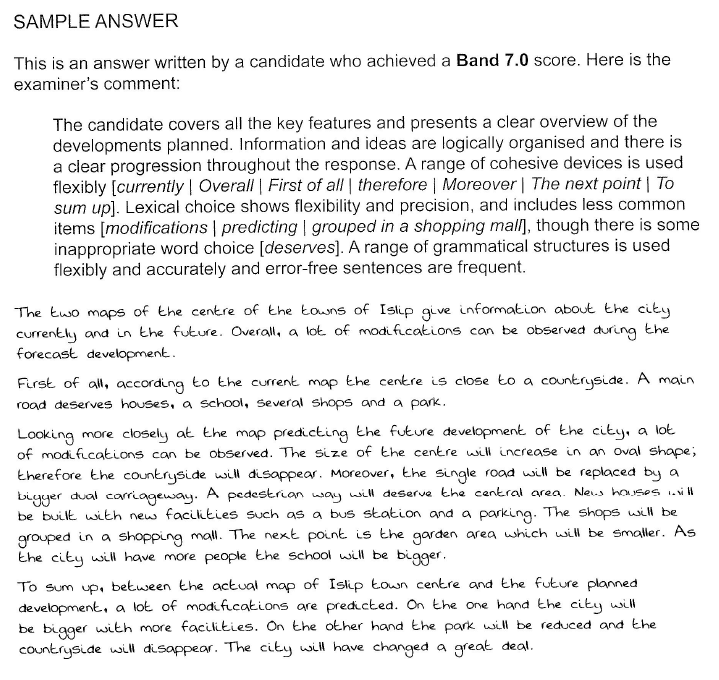 The first map illustrates a town center named Islip in its current condition, and the next one is a blueprint for its future. (23)

There are currently two rows of shops in the northern and central regions of Islip, which are connected by the main road. This main road will become a pedestrian way. Although the central shops will remain unchanged in the future, the northern shops will be transformed into various amenities, including a shopping center connected to a parking lot and new accommodation on the right, and a bus station on the left. (71)

Overall, this town will undergo massive changes that will turn it into a well-equipped place to live. (17)

Two maps below illustrate the Islip Town Center at the moment and its planned development. (15)
It can be clearly seen that the main change will be the construction of a circular road which is a dual carriageway and goes around the city center. Moreover, the usability of the main road will change and only pedestrians will use it. Numerous other changes are also planned for the northern part. Shops above the main road will be demolished and a bus station, shopping center, car park and new housing area will be developed. (76)
In the southern part of the city, although the location of the park will not change, it will be smaller and new housing area will be built. Moreover, by construction of the dual carriageway, the housing area in the southern part will be more approachable. (45)
Overall, a lot of changes are predicted to improve the public services in the future and it seems that the population of the city will increase due to the construction of new houses. (33)
(Total=169 words)