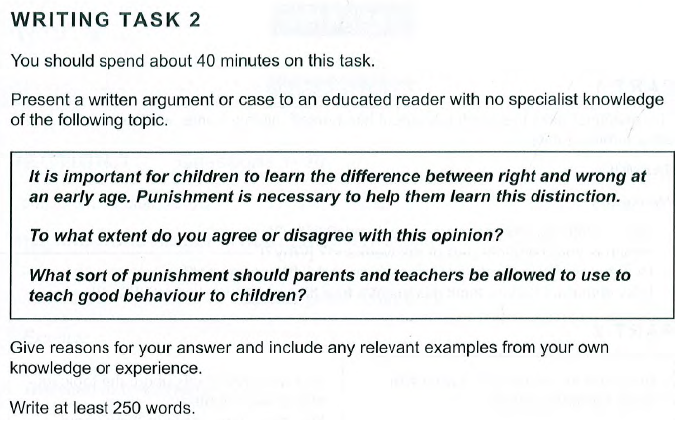 Punishment can be traced back to thousands of years in the history in different forms but in which form it can be acceptable in the modern world we live in today? Although some believe that it is necessary even today to help children distinct between right and wrong, others are convinced that it should be outlawed.

Those who favor punishment for children put forward the argument that it is quick and effective. Children have a simple view of the world around them without much attention to the future consequences of their actions, so it can be hard to reason with them on many subjects. Punishment can be very quick to help them draw a line between what is considered right and wrong. Secondly it is very direct and as a result there is less room for error of judgment by children. They can easily receive the message and adjust themselves accordingly.

On the other hand, however, it can be argued that punishment, specially in its the physical form can cause negative psychological consequences. It has been shown by psychological studies that punishments and using force for teaching norms might have long term effects on children in the future decades of their lives. Many felons who commit crimes against other citizens and the society come from broken families in which a great deal is normally taught by punishment and force.

I maintain that the applied punishment from parents and teachers, if any, should be limited to restricting what children normally have access to or enjoy freely. This, in my point of view causes less mental damage and instead of inducing fear aims at forcing children to think about the reasons of the punishment and a rational way of avoiding it in the future.

To sum up, punishment is advocated by some because of its quick results and is condemned by others for its long term unwanted consequences. In the modern world there is no place for traditional forms of punishments and it should be limited to putting a ban on what children enjoy.